PAX East made its welcoming return to the Boston Convention and Exhibition Center this year after canceling in 2020. The four-day event brought together gamers, developers, and publishers in one space to bring games to the masses. With a pandemic still taking effect around the world, PAX East took extra precautions as attendees and exhibitors were required to wear masks and be vaccinated. With these requirements, many big publishers like Square Enix, Nintendo, and even Sony opted out of this year’s festivities. However, it did bring some indie developers to the forefront, bringing in players from all over.

Despite it is not as big of an event as previous ones, PAX East was able to bring in a decent enough crowd to try out all that the video game industry had to offer. Indie games were more in the spotlight than ever before, making this an intimate and exciting time for PAX. It seemed like this year really had PAX represent what its events are all about, which is bringing the game developers to the consumers. 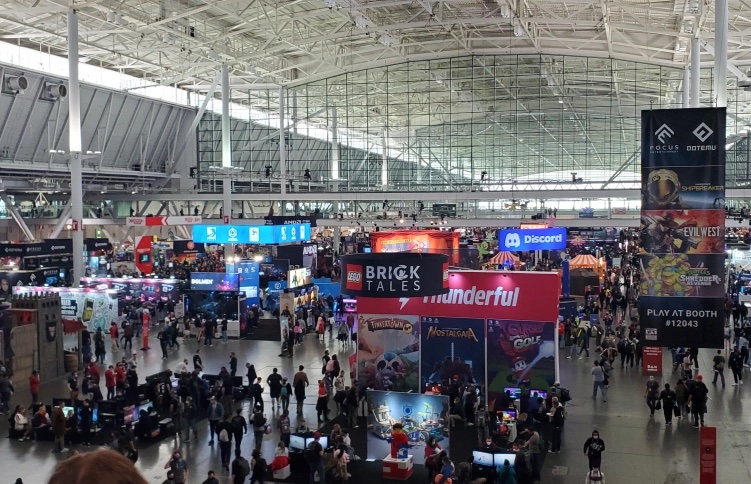 Perhaps one of the biggest developers at PAX East was Gearbox Software, which had a huge booth on the show floor among other companies. The Texas-based developer was showcasing its latest release Tiny Tina’s Wonderland, giving players a chance to try the game along with other titles like Tribes of Midgard and Have a Nice Death. The booth was also giving out tons of merch celebrating the Borderlands spin-off title as well as huge posters for attendees to take home.

Another big booth that took over PAX East was Tiny Build, which was modeled like a carnival with a ton of activities for players and a chance to try out its games. Titles like Hello Neighbor 2, Potion Craft, Rawman, and TinyKin were available for anyone to try out. Even booths like Thunderful and Apogee made a splash at the event with titles like LEGO Bricktales and Turbo Overkill, respectively. Popular indie developer Devolver Digital had a big showcase as well with new indie games like Demon Throttle, Cult of the Lamb, and Terra Nil. 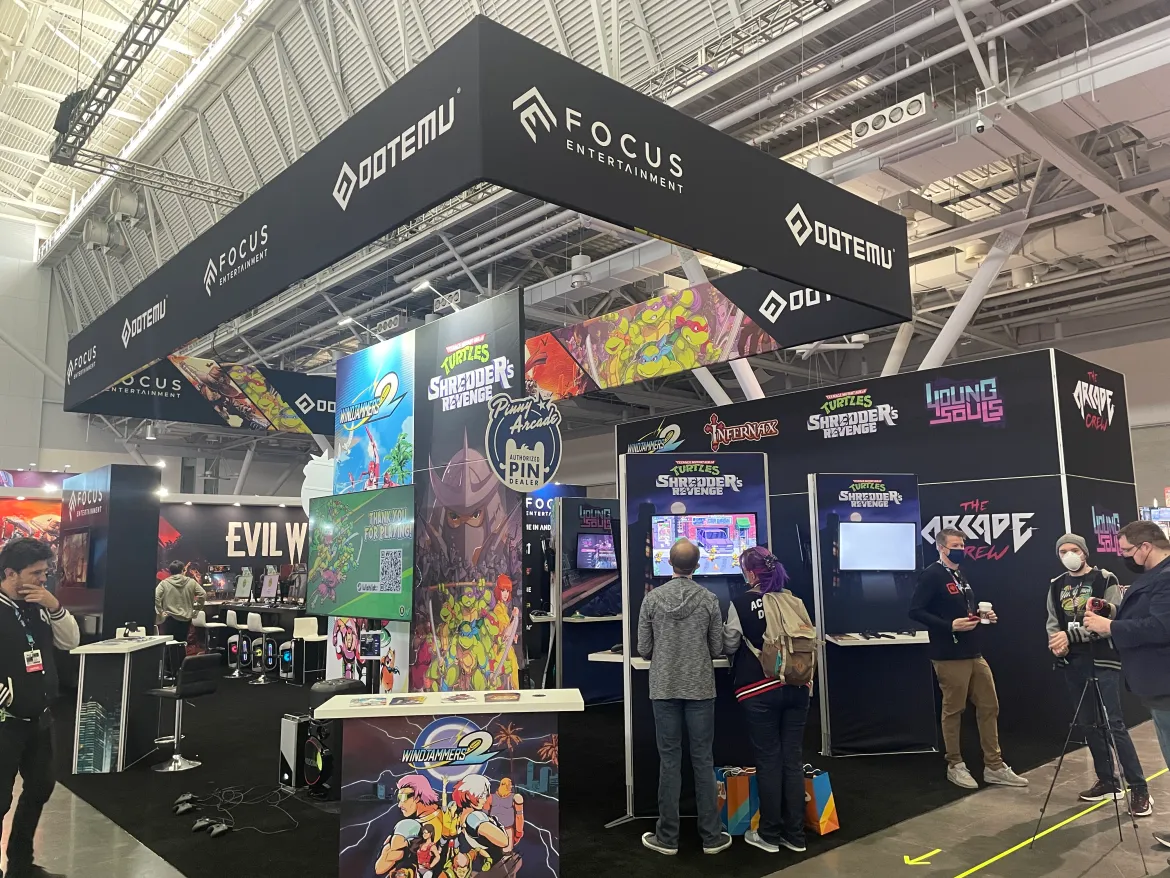 Speaking of new games, there were some popular titles that brought in huge crowds to PAX East like Baldur’s Gate 3 and the highly anticipated Teenage Mutant Ninja Turtles: Shredder’s Revenge. Both Larian Studios and Dotemu gave players a taste of these new games to try out. Even the MOBA title Eternal Return had a great turnout, giving old and new players of the game a chance to play the battle royale and earn some new content for the game.

There were other new games that have also made their debuts at PAX East after being announced publicly making a huge surprise at the event. Examples were the turn-based RPG WrestleQuest by Megacast Studios and Skybound Games, which combined classic wrestling troupes with a strategy-based RPG. A few other titles that made a good impression came from Dungeon Defenders as well as Hostile Mars, games that also took the classic route of older genres and gave them a nice modern spin. Other than video games, there are also sections for those who are into some D&D action and card-based games as well. What also was a big change at PAX East is the PC gaming space also made a huge impact at the convention. Companies like Intel, BenQ, and PNY made their presence known, showcasing some brand new PC builds and hardware to elevate the experience of PC gaming. Many content creators took advantage of what PAX East had to offer in the PC space and showed the public how powerful these gaming engines can be on a PC. If retro games are what gamers want, that was also available on the show floor with various vendors making collectible older games available to purchase as well as indie titles getting physical releases at booths like Limited Run. Whether it’s old or new games, there’s something for everyone to enjoy at PAX East.

This year’s festivities were a year of the indies as many small and rising developers took to the show floor with some amazing titles that have given a lot of hype to gamers everywhere. Even though there weren’t any big studios taking over the convention, there was still plenty to enjoy at PAX East when it came to gaming content. Despite not having the biggest games to draw in crowds, there was still plenty to explore when it came to games and the players were all for it.

Previous Article How To Take Care Of Wigs & Curly Wigs? What Are The Precautions – Animegrill

Hello everyone, and welcome to another episode of SpyXFamily. I have a treat for you this week. Remember episode 5, and how like… 80% of […]

We Interviewed @DisasterDM_Evi – All Ages of Geek

Today we interview @DisasterDM_Evi all about their work as a DM 1. How long have you been involved in the ttrpg community? Well, I’ve been […]

Top 10+ Anime Characters Who Can defeat him

Rimuru is now TenSura’s strongest character. However, many people argue that slime can still hold its own against strong characters in anime. So Who can […]

by: Kyla Stewart (via: https://pixabay.com/photos/technology-controller-game-3189176/) Video games are a hobby that billions of people partake in. Many people play sports games, shooter games, RPGs, puzzle […]