Spanning six films, the Jurassic franchise has been trying to build off of the success of Jurassic Park. The films that came after the original tried to create an impact with audiences, but none can seem to live up to the original. In the new trilogy, we were introduced to a new park that pretty much threads on the same beats as the original while introducing new characters. Jurassic World: Dominion does the same thing as it brings together the old and the new by bringing back the original cast as everything comes full circle and brings in some nostalgia to satisfy fans of the franchise. For the most part, it comes off as a fun film with incredible action pieces, interactions, and terrific shots. However, what the film lacks is a cohesive story and some odd choices with some of the main cast while heavily relying on fan service which can be a bit troublesome.

Picking up four years after the events of Jurassic World: Fallen Kingdom, the dinosaurs from Isla Nublar are out in the real world as they co-exist with human civilization. It is a world where these prehistoric creatures are being sold on the black market, so there are those either from the government or people like Owen Grady (Chris Pratt) and Claire Dearing (Bryce Dallas Howard) who try to rescue them and put them back into the wild. Some of these dinosaurs are also being looked upon by corporate group Biosyn to preserve them at their headquarters. Both Owen and Claire are living in isolation as they protect Maisie Lockwood (Isabella Sermon) from the public to keep her human clone origins a secret. However, both our leads end up on a globe-trotting adventure after Maisie and their velociraptor friend Beta gets kidnapped by Biosyn. Our group eventually crosses paths with Jurassic Park veterans Alan Grant (Sam Neill), Ellie Sattler (Laura Dern), and Ian Malcolm (Jeff Goldblum), who are out to expose Biosyn’s sinister plans to the world. 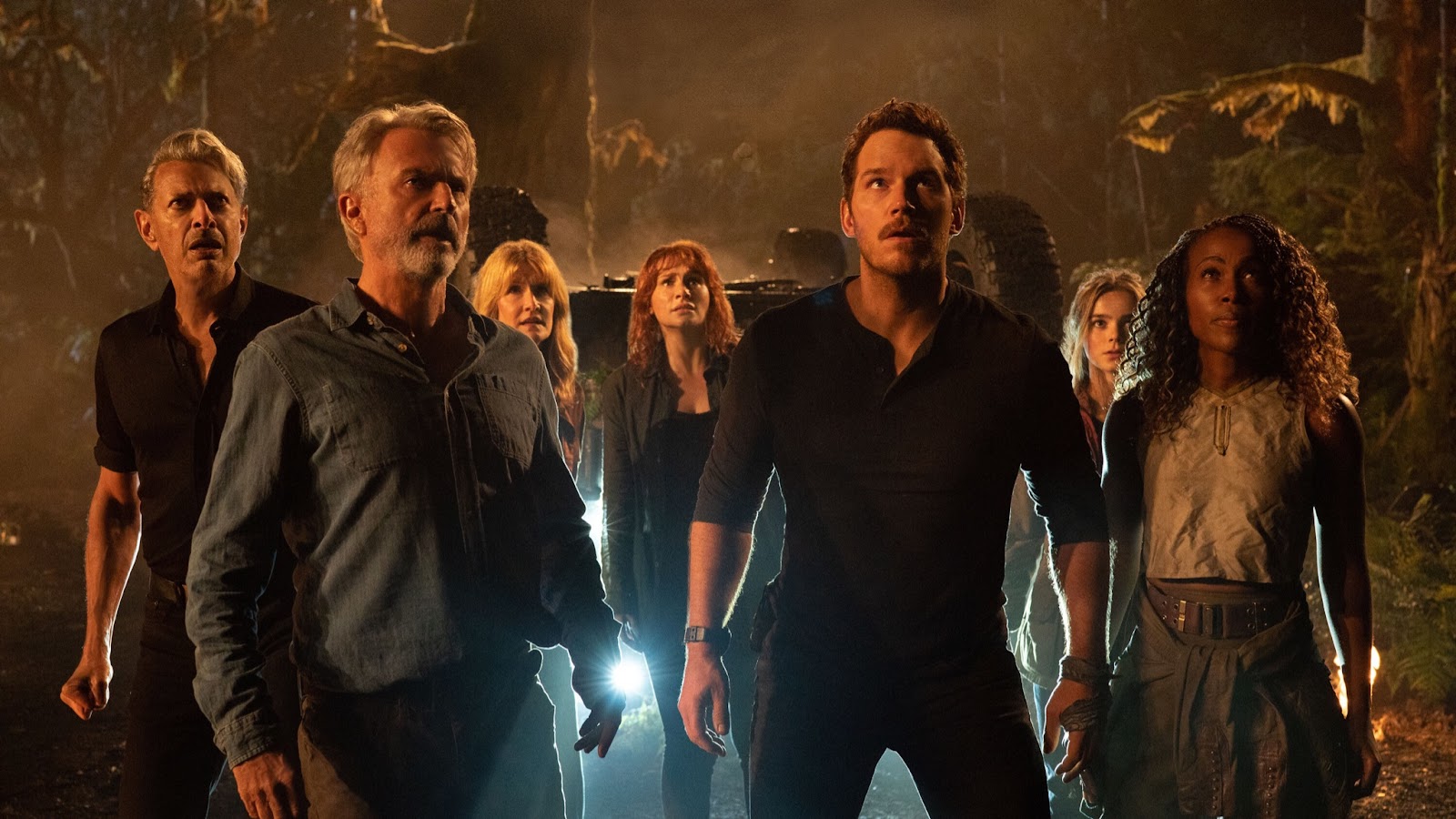 Colin Trevorrow returns to the Jurassic franchise after directing the first film in the new trilogy. The latest movie goes back to the storyline that started in Jurassic World as the dinosaurs have taken refuge in the human world. It is the first time that the franchise takes itself out of the park’s setting and out into the real world after the destruction of Isla Nublar. It does tend to be a risky move to drastically change course from what audiences have grown so comfortable with the film series and it will certainly divide fans. It is something that our original cast of characters have predicted years ago about how dinosaurs would disrupt the ecosystem and perhaps bring humanity on the verge of extinction. In some ways, this would be the perfect way to bring the franchise to a satisfying conclusion. It’ll take a bit of getting used to as we see these creatures interacting with other animals in a new environment outside of their own.

We do get a lot of fun interactions between the Jurassic Park and Jurassic World cast, even if it feels a bit forced. We do get some great pairings between velociraptor experts Owen and Alan and Claire and Ellie, who share similar stories with these creatures. We don’t get much information regarding the growth of dinosaurs in a span of four years after escaping Isla Nublar and the Lockwood estate. Just like the previous film, it seems like there are only a small handful of dinosaurs that get any screen time as it seems like we are spending a lot more with the humans this time around. It doesn’t really become a problem for most of the film, but it does seem like the movie pulls back from how massive the first Jurassic World was in regards to scale. What we end up having is a film that ends up being more like how Jurassic Park III was instead of being an extension of Jurassic World. 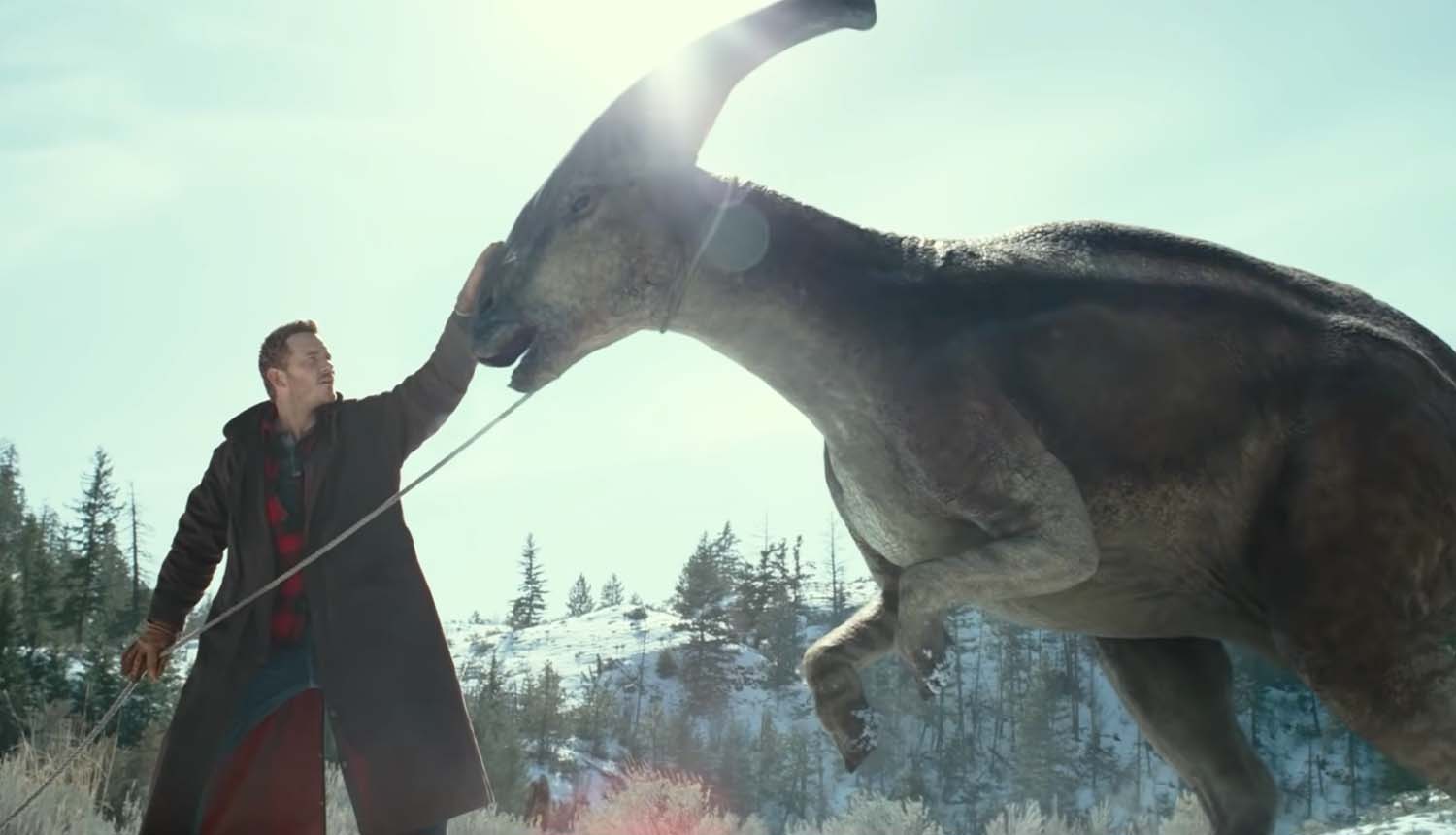 There are some plot lines from Fallen Kingdom that finally get answered in Dominion when it comes to Lockwood’s role in the birth of these dinosaurs, especially with Maisie’s background in her creation and how that fits into the story. It does feel like a natural progression in the film that helps bridge the gap between the two films, despite how strange the new film tries to fit everything together. Howard has really grown from the first time we met her character in Jurassic World and she brings so much more emotion here as she takes on a maternal role to the young Maisie. Our OG cast brings their iconic roles back with ease and fits in so well with the story being told in the new film. We do get to catch up with these characters as we see where life has taken them since the original trilogy. However, some of these nostalgic moments can often feel unnecessary and fail to blend well with the new story that the film is trying to display on the screen.

Some other characters also make a return from the original films, like Lewis Dodgson, the young scientist from the first film played by Campbell Scott who replaces Cameron Thor from Jurassic Park. We also see BD Wong reprising his role as Henry Wu, who has dropped his villainous persona and attempts to make amends for his crimes. We also have some new faces introduced here who make a big impact in Dominion. DeWanda Wise happens to be one of the new additions who steals the scene as a pilot who helps Owen and Claire rescue Maisie. Even though this is the only time we get to see her, she does have some great moments with our cast. 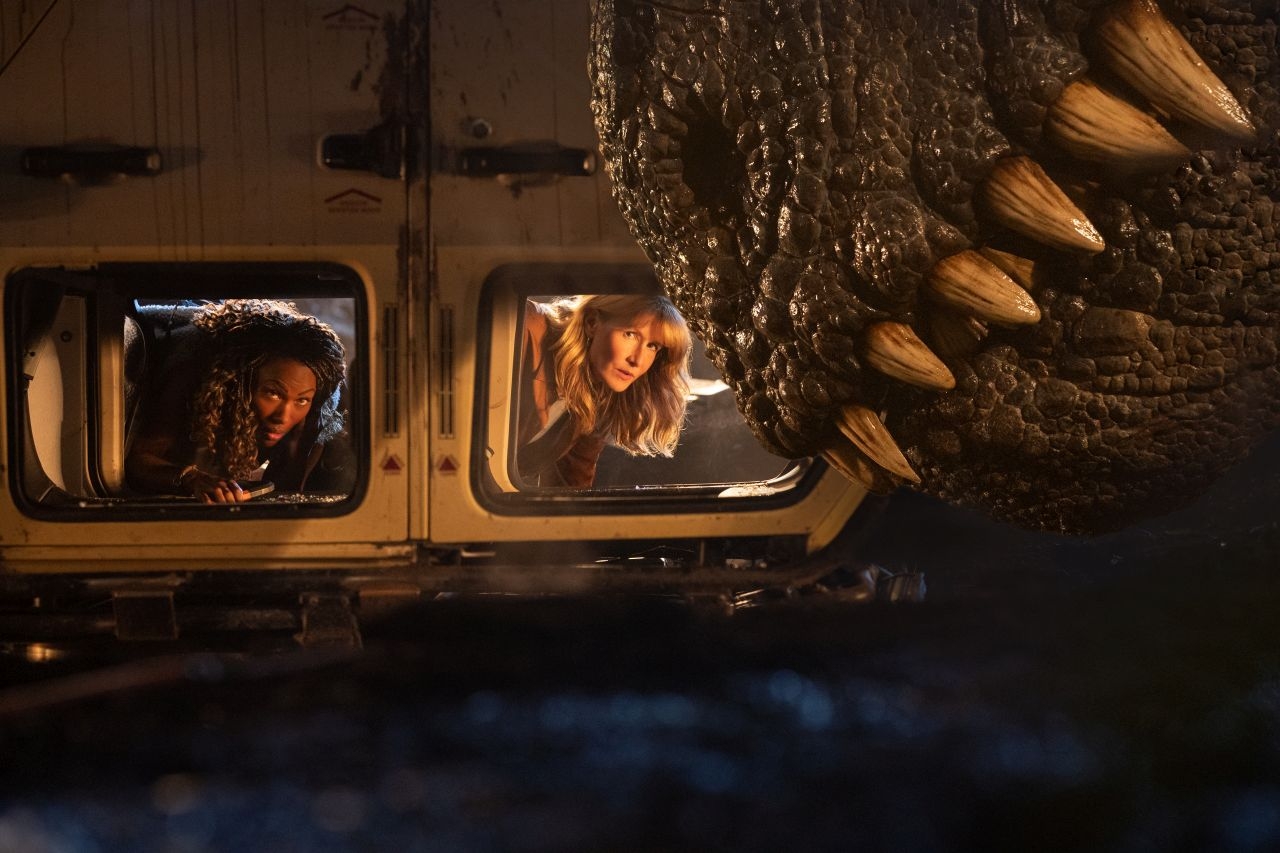 Of course, we couldn’t forget the reason why audiences enjoy these films in the first place, which is the dinosaurs. We get a couple of new creatures along with some old ones that make a return in the film. The effects of these dinosaurs truly pop on screen just like in the previous movies. It seems as if a lot more was done to add more dinosaurs than in previous entries. Some of the originals also come out to be just as good as when we last saw them, like the Dilophosaurus and the T-Rex. Of course, we get that final showdown in a grand spectacle between the Indominus Rex and the Giganotosaurus. It is probably one of the better action pieces we get to see.

Jurassic World: Dominion isn’t perfect by no means, but it does offer some entertainment value thanks to the mixture of nostalgia and the modern concepts that the recent film introduces. It is a welcome return seeing our original trio back on screen, even though it doesn’t always mesh well with what the new cast delivers. What we end up getting is two separate storylines that try to link up into one story, but it fails to stick the landing. There are some great moments and action to keep audiences interested, even if it doesn’t quite hold up to the original films. For those looking for another journey through the world of Jurassic Park, filmgoers will really get a kick out of it. If this is the final film for the franchise, they’ll be enough material to enjoy out of this last hurrah in this series. However, there’s enough material here if a revisit is possible as this opens up a world of new possibilities as a new era begins

Jurassic World: Dominion is currently out in theaters.

Next Article Top 5 Cursed Weapons in Anime – Anime Everything Online

Lightyear Review – All Ages of Geek

Toy Story put Pixar on the map when it first came out in theaters as it innovated animation and storytelling through the use of computer-generated visuals. […]

This is PART 2 of the interview that we did to Sazane-sensei, the mastermind behind Our Last Crusade or the Rise of a New World […]

Amun’s Note: I’m going to be doing some “Short” reactions for various shows that aren’t getting seasonal coverage.  I’ll also give my verdict of “watch”, […]

PAX East made its welcoming return to the Boston Convention and Exhibition Center this year after canceling in 2020. The four-day event brought together gamers, […]