Anime NYC was a highly anticipated affair this year as Attack on Titan creator Hajime Isayama made a rare appearance in the West at the annual convention. With thousands of fans in attendance to meet the man behind one of the best-selling mangas of all time, the panel that took place with Isayama was one for the ages. Isayama had a heart-to-heart with the audience as he shared his origins of the manga, his love for TV, and how the anime series made a huge impact on his writing for the manga. Hosted by manga publisher Kodansha USA, the Attack on Titan creator also addressed the controversial ending to his series, which the anime version will follow suit during the last batch of final episodes airing next year.

With a panel dedicated to the writer, Isayama was given some questions about Attack on Titan, revealing some thoughts and revelations from the artist who struggled to get his manga made and took his success as a surprise to himself and many of his peers. Beginning with his inspirations, Isayama said that his artwork of Kiyosi Yamashita dealing with the Kaiju impacted him to create what became Attack on Titan. Before becoming a manga series, Attack on Titan was a one-shot pilot in 2006 and Isayama talked about how difficult it was for him to get it published in Tokyo at the time. He said he was rejected and was told his artwork wasn’t very good, almost on the verge of giving up on it. However, Kodansha was impressed by his work and continued to develop it as a manga for over half a year. 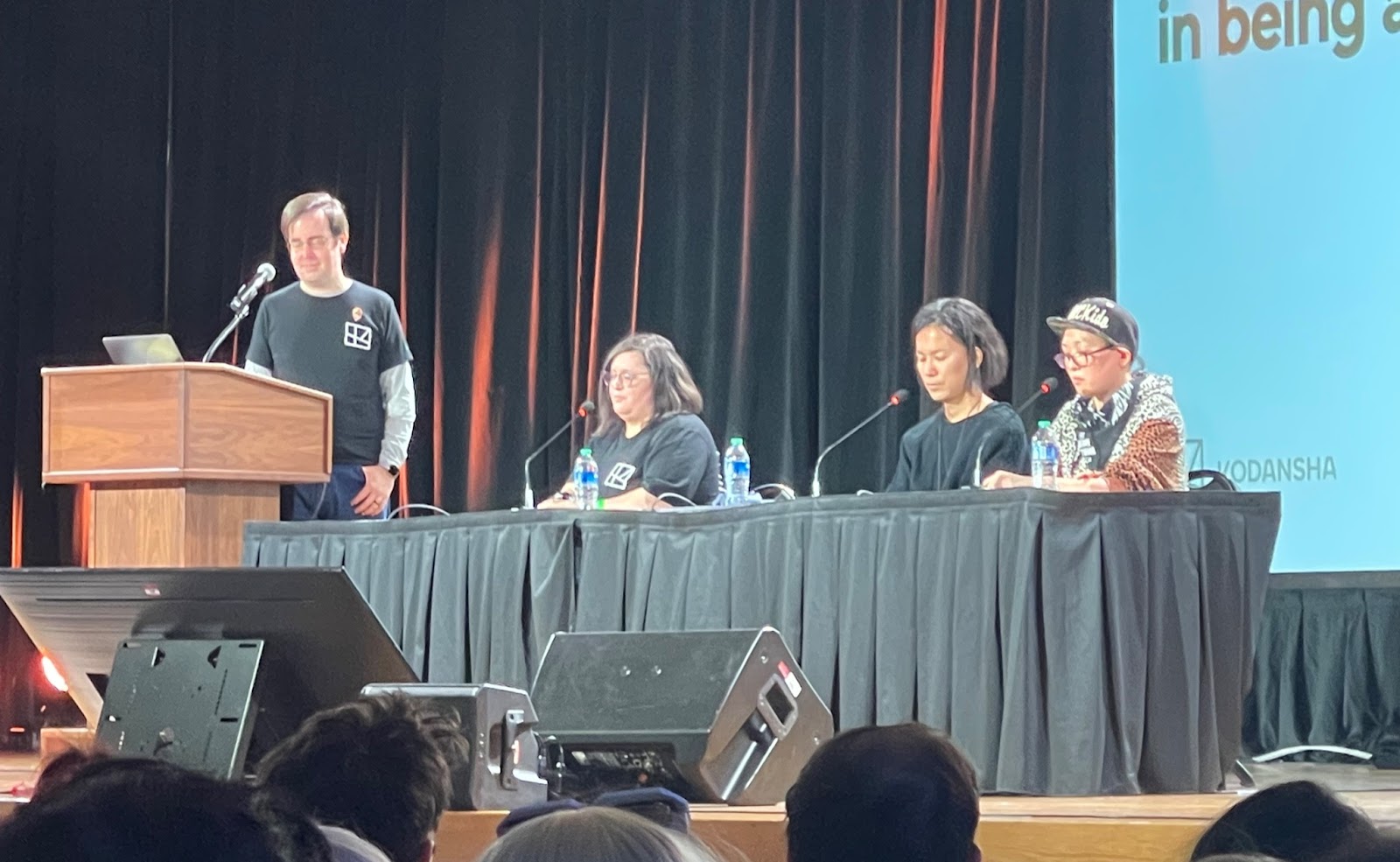 Isayama went deep into how his story evolved into a serialized manga. He said he wanted to make sure it wasn’t canceled like the 80 percent of manga that ultimately gets canned. He explained that he was hoping to hit the 20 percent who would make it through and survive his writing. The writer added that it took him a while to complete the plot, which was easy for readers to follow. From there, the Attack on Titan creator spoke about the process of developing his characters, starting with their appearances, details, and how they would interact with the overall story.

The manga introduced fans to a whole new area where the setting of the series changed to Marley. Isayama was asked about working on this new set of characters that were introduced in this new region. Answering the question, Isayama said working on the Marley arc was the most fun he had in the whole series. The writer took inspiration from popular TV shows like Game of Thrones and Breaking Bad. A few examples he made were Falco, who was inspired by the Breaking Bad character Jesse Pinkman as well as Gabi who took inspiration from Arya Stark of Game of Thrones. It was a revelation that audiences fully understood and cheered after hearing the writer talk about it. 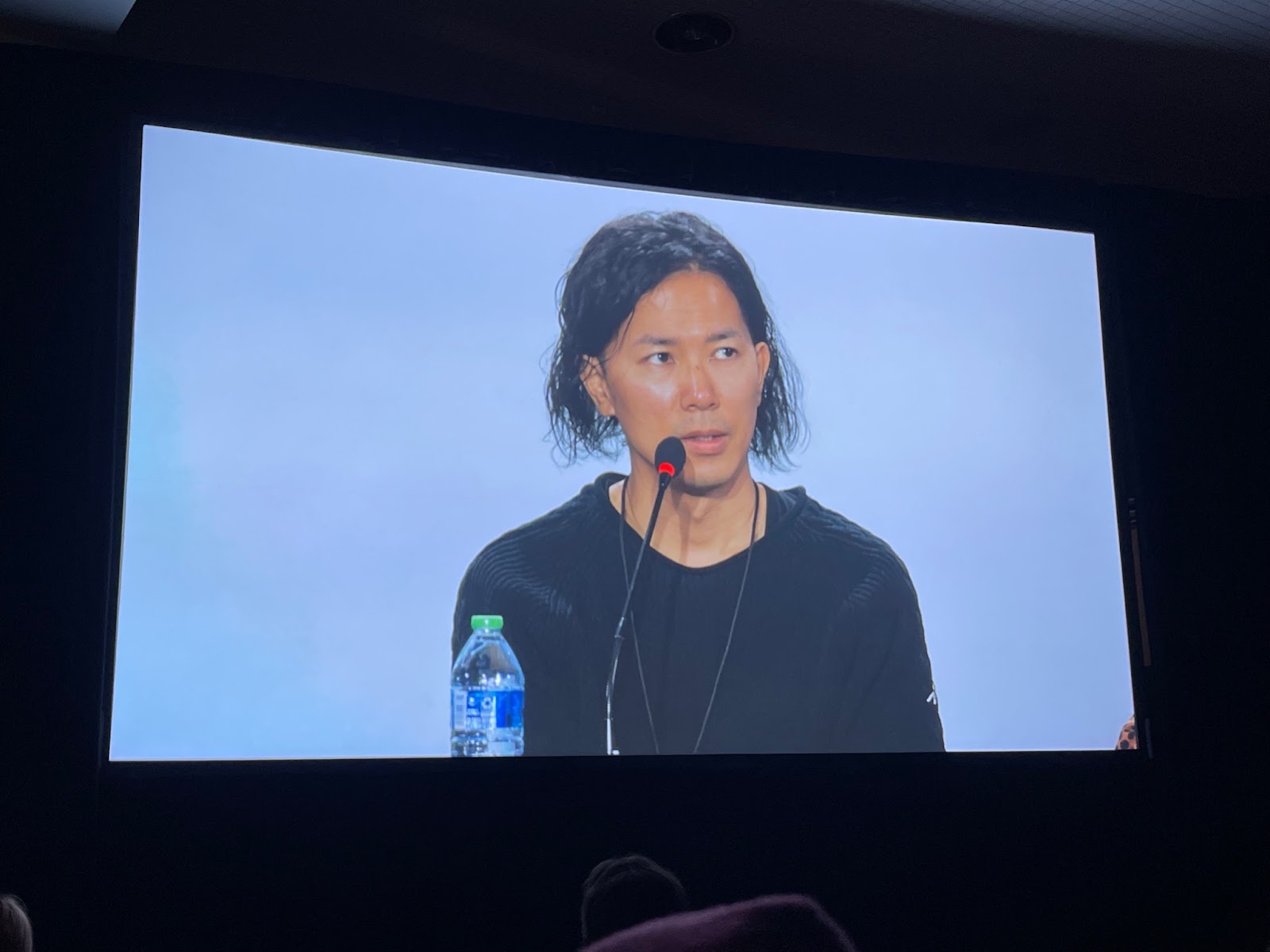 Since the manga dealt so much with warfare, Isayama touched on how he was able to reflect on both sides of the war in the series. Working on the Marley arc, the writer revealed that he wanted to create these new characters so readers could fully understand them. It would bring all kinds of emotions from fans after seeing Eren and the gang being brought in as enemies to them. With this in mind, Isayama hoped that fans would be open to discussing what side they would take after experiencing things from a different perspective. In regards to ending Attack on Titan, Isayama was asked about his plan to end the series if it stemmed from the beginning. The creator answered saying that he knew the series’ conclusion beforehand but he was still ironing out the details of how the characters would end up at that point. Once the anime started, Isayama said he was inspired by the work that the show has done. It impacted him to change Eren and convince readers where he was coming from. He still struggled with the ending he chose, apologizing to the fans in case they didn’t like it. However, it seemed from the crowd that they were perfectly alright about it.

Isayama went on to talk about some of his favorite characters and moments from the series. Talking about his favorite characters, Isayama said that he enjoyed creating all of them, whether they were heroes or villains. However, his favorite characters would change seasonally. He didn’t play coy and chose Jean as his favorite, saying that it was fun being able to work on him as a delinquent who later became a better man. With favorite moments, Isayama shared his fascination with the scenes between Sasha and Connie, explaining they were fun for him to create two idiots at odds with one another. He also loved the episode that had a flashback with Commander Keith. He was proud of how that developed, becoming an important plot device in the story. 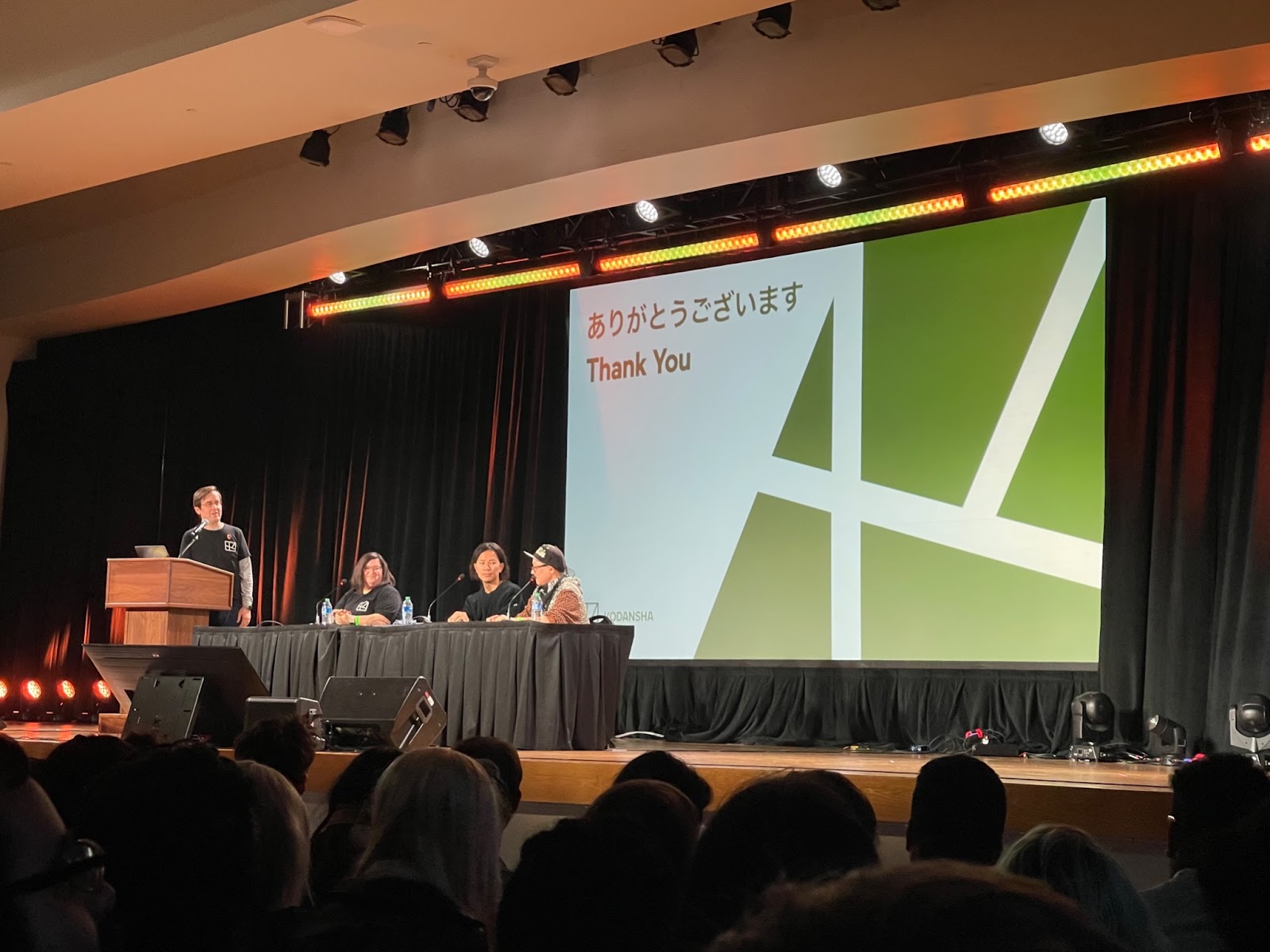 With every manga creator, there come challenges as Isayama got to speak about. He said it became too challenging to create a series that gave him a lack of sleep. Towards the end of Attack on Titan, Isayama revealed that he only had about 2-3 hours of sleep that went on for weeks. The best part for Isayama when it came to writing the series was the money that came after becoming successful. He added that he was struggling financially as a manga artist, where no one including his friends and family believed in his work. Sharing some advice for other creators, Isayama said he would tell anyone to keep working at it, even if it doesn’t end up being successful as they would hope.

At the end of the panel, Isayama shared his gratitude to the fans for supporting his work. He said that it felt unreal for him once the story ended and had a hard time taking it in. He felt better once he got to speak with fans at the convention thanking him for creating the beloved manga. He thanked everyone for allowing him to come to New York to meet them.

We Interviewed Vtuber Dorata – All Ages of Geek

We interviewed Dorata all about being a Vtuber! 1.What inspired you to become a Vtuber? I always wanted to do content creation for a living. […]

Now and Then, Here and There – 11 [Eve of Destruction]- Throwback Thursday

Welcome everyone, to what is inevitably going to be a late post about Now and Then, Here and There! How do I know it will […]

NFTs are still a very new phenomenon but are becoming increasingly popular with art collectors, including those that would have previously sought to collect traditional […]